This is hard. Don’t know how to start. But let’s cut to the chase. Princess Hank crossed the Rainbow Bridge Saturday November 9. I hadn’t posted earlier since I was not ready. She was with us for almost 17 years. We got her when we thought we was a kitten. The Lexington Humane Society said she was 8 months old but she was so small. Monica looked her over, looked at her teeth and handed her back. Nope, not a kitten, you got a small cat. Sam and Andi picked her out. They walked pass adorable kittens and picked her for me.

Princess Hank was always into everything. She always wanted to be part of it. Whatever it was. For most of her 17.5 years she was extremely healthy. On the the last two months showed her true age. Yes over the past few years she did not jump as high or run as fast but she did not really show her age. Still she loved her walkies, her open windows, the summer palace (AKA the garage) and the catio. Each day she would be either at the door or on the couch looking at the door when I came home. If I was particularly late, she would yell at me. She would take up the position about 1/2 hour before I was supposed to come home.

The end game came fast. She did not want to eat. She had lost weight. She didn’t want to eat Dr. Hardigree ran tests. Her thyriod was hyperactive. She also had a slightly elevated BUN (Blood Urea Nitrogen). Dr. Hardigree warned me that hyperthyroidism could mask kidney issues. After two weeks on med, her thyroid count was down but not enough. So we increased her med. Actually the increase was probably up to the original prescribed amount as she was not at all cooperative. Early November, she was back to her normal self. She got fluids on Saturday and was doing fine. Sunday, she didn’t want to eat again. We tried various things to get her to eat. She got fluids again on Wednesady. I got sashimi on Thursday and she like like it. Friday she crashed. Marisa took her to get fluids. Her BUN was over 270. Normal is 30. It was time. She came home for one last night and naps. Saturday she could barely walk and she had her last ride to the vet. Southland Veterinary Hospital was very kind. She is buried beside some dogwood trees. She always like eating dogwood flowers.

The Capital Plaza Tower *was* the tallest building in the state capital.  It was by far.  28 floors.  It was 338 feet tall.  The next highest is the Capital building at 210 feet.  well over 100 feet shorter.  But it has a dome and is only 3 floors really.  After that is the State Office Office building at 179 feet and 13 floors.  I don’t expect it to be long for this world given its age and design.  So the next building are around 10 floors.

It also was the 12 tallest building in Kentucky.  So with its passing, Kincaid Tower in Lexington is now number 12.

The tower was close to 50 years old and poorly maintained.  Bits of it were falling off,  so it it must go.  And I got pictures and video. 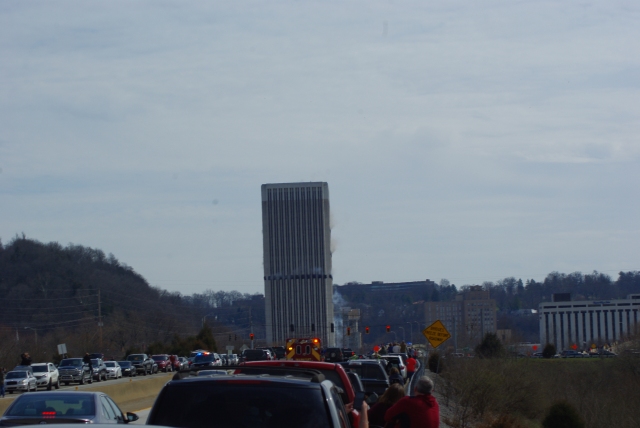 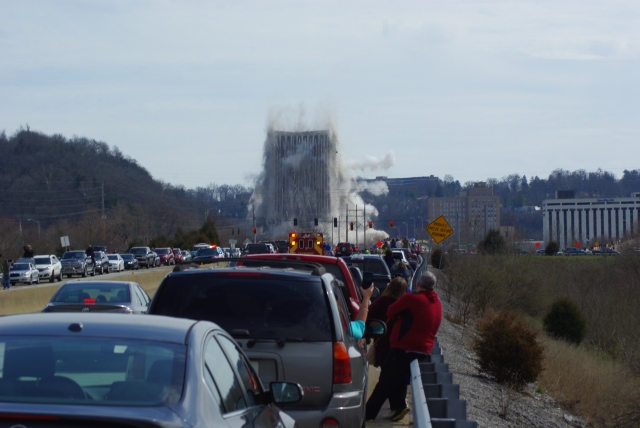 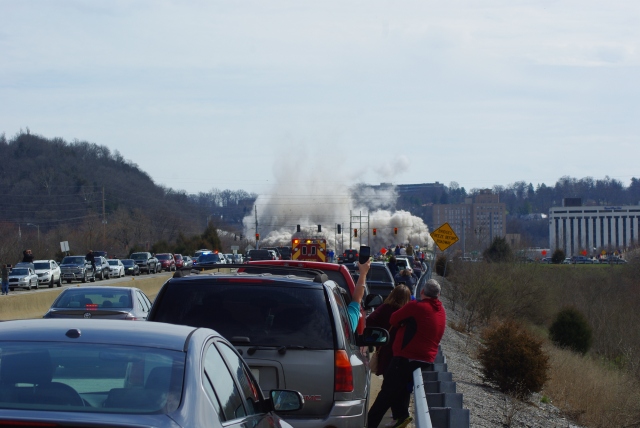 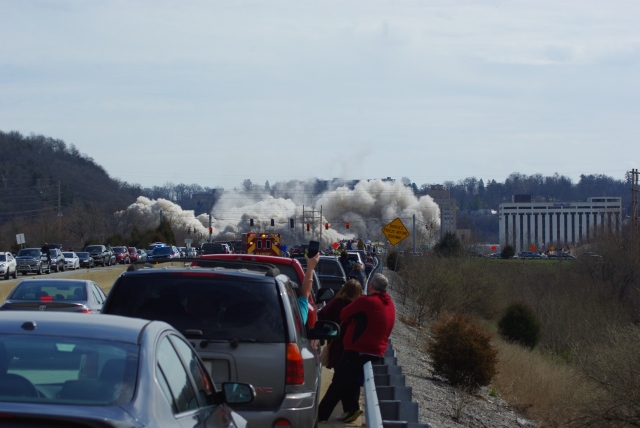 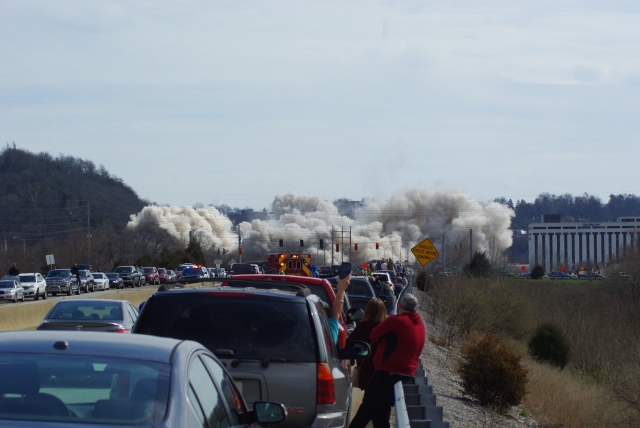 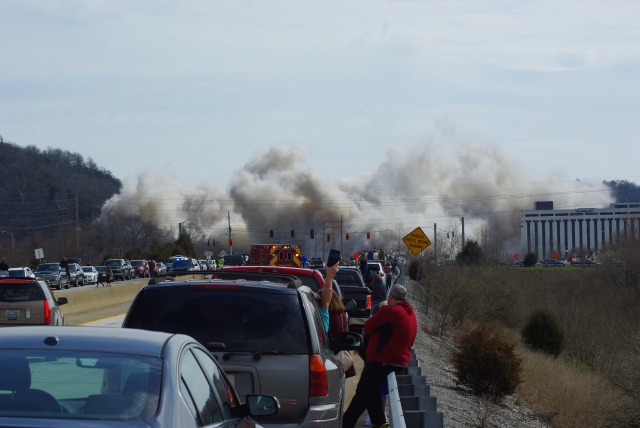 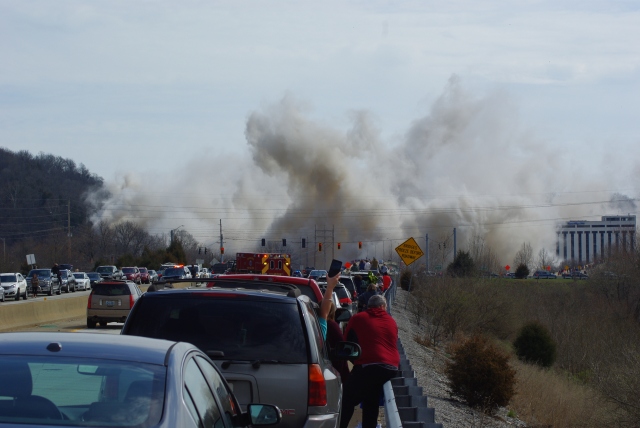 Bought myself a new toy

Finally bought a new riding lawnmower for the house: 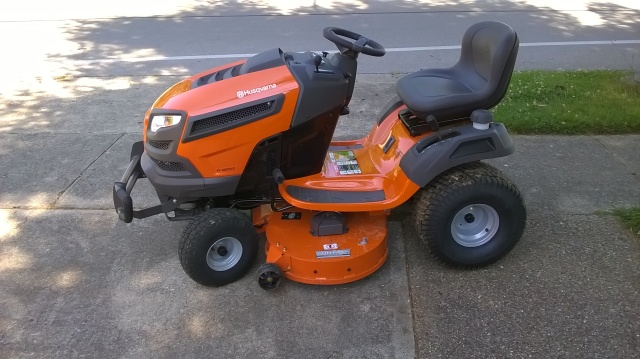 Buying a lawn tractor is not at all straight forward.  To put it in terms more people are familiar with,  imagine trying to buy a car where only the chassis is made by the manufacturer.  The car company does not make the engine or transmission.  There are three manufacturers of engines and they are in all the brands.  There are two main manufacturers of transmissions.  One of the brands sell re-bodied versions of two of the other brands.  One brand sells their marque brand but also makes tractors for other brands.  So for any given tractor,  you can’t just look at the brand,  you have to see who makes the engine, transmission and in some case who is even the manufacturer to begin with.

We Sold Our Old House Today

Statistically not a big deal.  A house below the median and average house price in Lexington KY.  Smaller than average in the neighborhood.   Etc. Etc.  Except it was our home for 22 years.  We sold it to an investor.  He seems OK.  But we were last owner-occupants in the block.  Might be the last in the neighborhood.   Basically it had become a student ghetto.  It was a good house. 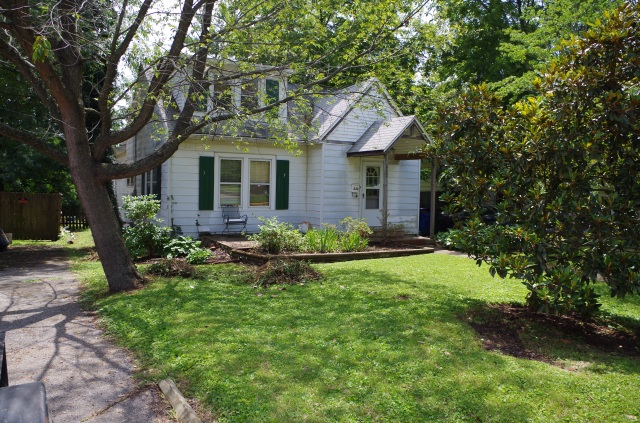 Just How Many Things do I have Connected????

Decided to see if I could get a video server connected to my home network.  It needed a static address.  OK,  I think I know what I have not assigned but lets check.  Also lets identify everything which uses DHCP.

I had 16 devices connected to 2 routers.  And there was a few things turned off!

Yep,  got a letter from my ISP stamped “END OF SERVICE”.  They are exiting the local market as “Due to recent changes in the Windstream network IgLou can no longer economically off service in your area.”

We have been a customer since August 25, 2002.  We also has IqLou DSL at my work for our clients since March 2003.  And now I have to wade through various TOSs and rates.  Well least I have until October 31.

I posted this on Facebook but thought it might be a good fit here. Today, I have finally started the repair on the dining room ceiling in our old house.  I didn’t want to do it as trying to match an almost 100 year old ceiling is daunting.

Basically,  in 2005,  Katrina paid Kentucky a visit as a tropical depression and parked over head.  It has been almost 11 years so the details are a bit hazy.  I swear it rained for a week.  Anyhow,  we had annoying leak before.  I could not track it down.  It was not major.  Just a drip every now and then.  I caulked and sealed everything.  But no solution.  Then Katrina came.  And it rained in the dining room.

So  the first thing after getting buckets and moving the table was to knock a hole in the ceiling to let the water out.  And then a big chunk came down.  Least I could now have an idea where the water was coming from.  Turns out,  it was not the roof, gutter, soffit  etc.  But instead the upstairs window sill.  It was rotted out between the two windows.  After alot of cussing,  I fixed that.  Now the hole in the ceiling?  A temporary fix,  a piece of painted plywood.  It has been that way every since.  Now we want to sell the house,  it needs fixed.

The house is plaster over cement board.  That comes to just about an inch.  They don’t make drywall in 1 inch thickness.  So 1/2 drywall over 1/2 plywood.

And now the pictures.  The last one is a cross-section of the original ceiling.  It is three layers.  A cement board, rough coat of cement/mortar and a finish coat of plaster.  Actually one more as at some point in the last 90 years or so,  someone added texture to the ceilings. 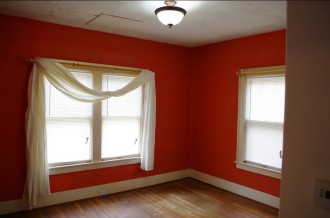 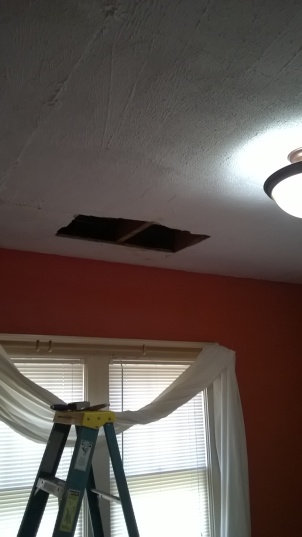 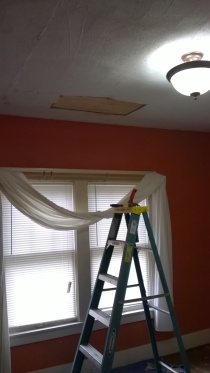 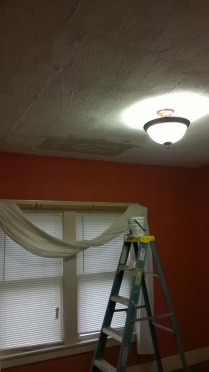 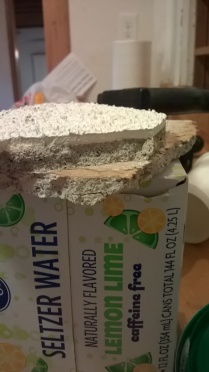 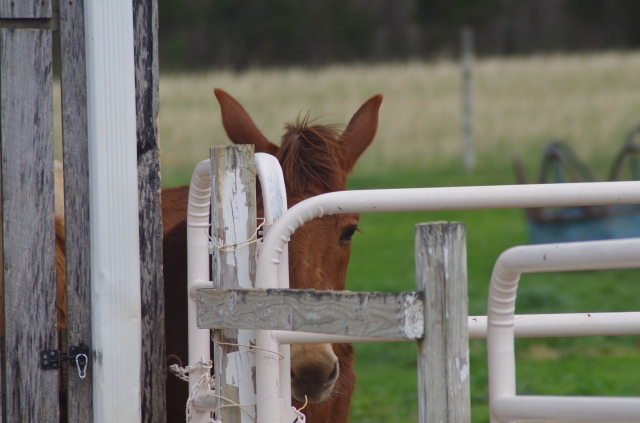 Field Day is an amateur radio contest sponsored by ARRL.  Its basic premise is you operate somewhere other than your main station.  There are lots of categories.  For 2015 and 2012 I operated category 1B1B.  Which is portable battery powered with solar or other non petrol/ AC mains backup.  Other years I have operated 1E.  Which is home station but under emergency power.  While not doing good in the contest,  I have demonstrated the main point,  I can operate under emergency conditions.  For the 134th place I strung a bit of wire around my sister’s gazebo for my antenna.  Way too low and way too short but I still made contacts. 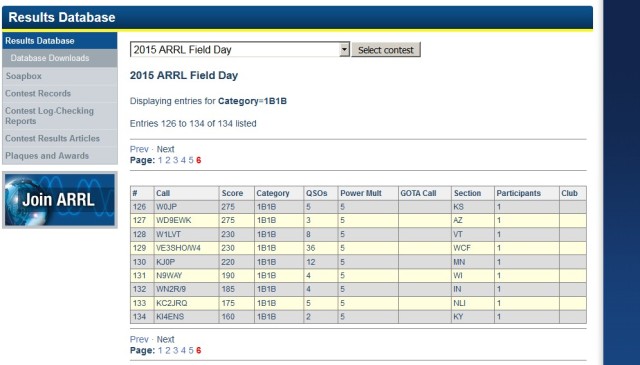